The Joomla team pride themselves on being able to provide a powerful and feature packed content management system that is available for users from all across the world. This has been made possible by the many volunteers who have contributed to the translation of Joomla into more than 64 languages, making it one of the most popular and widely supported multilingual content management system platform. This is a huge step forward for the aim of making Joomla available to as much of the worlds population as possible.

How can Webmasters change the language of their Joomla install?

The Joomla developers have made the multilingual functionality of Joomla very accessible for Webmasters by providing the ability for them to create websites to be presented in multiple languages directly from the core Joomla software, without the need for slow or large plugins. And to be clear, you can choose to run Joomla in a single language, or display your website in multiple languages to suit your target audience. Webmasters also have the ability to display the public facing side of Joomla in one language while running the internal administration panel in a separate language.

What Languages Are Supported?

Joomla has support for more than 64 languages and, as mentioned, can be switched between via the core Joomla code. These are languages you’d come to expect from most online application, some of which include:

Amongst others, which makes it the perfect multilingual content management system for those wishing to provide support for multiple audiences.

Joomla Is Under Constant Development

Joomla is constantly being developed to further improve the application and provide range of new features. This also include the addition of new languages as translation is completed. It’s important to remember that Joomla is created and developed by thousands of people around the world, which means that translations are often made by Joomla supporters, volunteers and Webmasters. If you find that a language you’d like to use Joomla in isn’t readily available as an existing translation, you have the ability to create a translation pack of your own and provide it for inclusion in the ongoing software updates. Not only will this help you but you’ll receive the satisfaction of contributing to one of the worlds largest open source community supported content management systems.

If you’re interested in starting a Joomla powered website of you’re own then a you will need to look at signing up for a good web hosting service and a custom domain name if you don’t already have one. 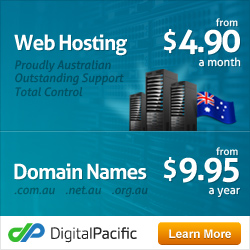